Sergey Bakin was born to a Leningrad family of a worker in 1957. Strange as it may seem, Bakin, who became successful previously as a fashion designer and posh graphic artist, started his artistic career from boxing and boyish street adventures. His languorous, misty landscapes dotted with poignant irradiated spots depict the Smolenka River that carries the memories of his pugnacious childhood games. Bakin’s desire to draw is owed to the father of his ‘companion who he played sports with. Bakin visited his friend’s house where the artists close to Arefyev’s circle gathered.

Bakin completed his middle school art studies at the Academy of Arts in 1975. After consulting his friends, the young artist enrolled at the Mukhina High School of Art and Industry rather than back at the Academy. The school attracted Bakin because of the diversity of the departments and an opportunity for a rounded education that combined painting and ceramics. However, the artist was disappointed with his studies quite soon. Bakin chose to go in the unpopular direction of fashion design. At times he nearly dropped out of school, but the teachers didn’t want to lose a promising student. Finally, Bakin (who by that time had the nickname Red Dior) gathered all his strength and finished the course.

In 1982, Bakin graduated and took employment in the Dom Modelei, the Petersburg fashion house. His nine years of work as a fashion designer contained notable achievements. Bakin’s collection was well-appreciated at a fashion show in Munich, and some of his designs gained special popularity and were then accepted for mass production. Bakin had an opportunity to take a two-year internship in the Ives Saint-Laurent fashion house that didn’t work out. Time and circumstances led Bakin to leave the world of fashion and devote his life to pure art.

Bakin turned to the rather traditional themes of cityscapes in pastels and to charming, fragile ballet dancers. Bakin’s distinctive emotional style brings these works to life. One day, when the artist was allowed behind the curtains of the Mariinsky Theatre to work on an order, he realized that his work became his passion. “It’s impossible to paint a woman and not fall for her”, Bakin says. This passion is probably the reason that Bakin’s ballet dancers enchant the viewer with their languishing beauty. The artist is a skillful drawer which allows him not to fear generalizations and expressiveness. He is able to avoid naturalism and to make his works into painted evidence of real feelings. 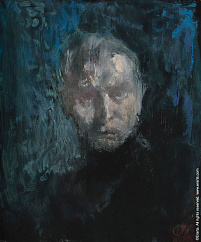