Stanislav Kazimov was born in Leningrad in 1979. In 2001 he graduated in Fine Arts from St. Petersburg State Pedagogical University. In 2001 he won the III International Contest miniature prints - Norfolk (USA). In 2008 he received a special prize at the Competition of Young Artists of Russia "Classical print" D.A. Rovinsky in Moscow. In 2006 he was awarded a state grant from the Ministry of Culture.

Since 2001 Kazimov is a member of the Saint Petersburg Union of Artists of Russia and of the International Association of Art Critics (AIS). 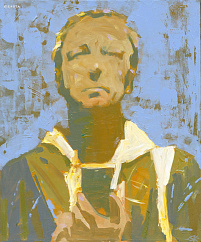 Stanislav Kazimov was born in Leningrad in 1979. Lives and works in St. Petersburg.