Philipp Kondratenko was born in 1974 in Leningrad. His interest in drawing became apparent while he was studying in middle school. Philipp prepared for the high school exams in quite a short time. The artist says that the five years spent at the art department of Herzen University was just a stage of his formal education. His friendships with the famous artists of book graphics, the brothers Traugot, influenced Kondratenko to a greater degree: the young artist even decided to devote his final paper on the history of arts to their work. Studying came easily and that is why artisanal skills and academically strict schools of drawing have never played a big role for him. The artist has intentionally chosen Soviet underground art as a guiding line for his work. TheArefyev’s Circle, Moscow art group The Thirteen, Kupriyanov, Miturich, later Shagin and Vasmi attracted him with their free and easy view of reality and light, natural manner of its representation. The feeling of inner freedom became Kondratenko’s primary criterion for the evaluation of art. The artist confesses that the modernism of the beginning of the twentieth century is closer to him than the later trends. When Kondratenko discovered the artistic languages of Matisse, Cezanne and Picasso, these findings became more important than experiments of the post-modernism. Kondratenko’s own practices remain within the frameworks of the figurative gradually stepping away to abstraction.

The lyrical, abstracted landscapes presented in the exposition are focused on the inner state and private feelings. There are customary prospects, familiar views of neighborhood yards, crossings of streets and empty embankments. A light, graphic manner adds a thoughtful detachment and self-sufficiency so typical for Saint-Petersburg. In this sense, Kondratenko’s style closely agrees with the established poetic image of the city. But his city is also very intimate and up-to date. 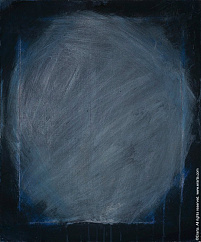