Yaroslav Gerzhedovich was born in Leningrad in 1970, later graduating from the Nikolai Roerich Fine School of Arts. Gerzhedovich's works are always masterfully painted with his style echoing those of the old masters. His graphic works are drawn in muted tones, resemble illustrations to nonexistent fictional novels and have found numerous fans after frequently popping up on the Internet. The World Wide Web became not only a means for sharing his artistic call to escape mundane reality for the world of fantasy but also a source of inspiration for the artist. Gerzhedovich's art started taking on the new popular aesthetics of computer role-playing games like the World of Warcraft and integrating the style of the fantasy genre — in particular, the famous novels of Tolkien. Gerzhedovich even wanted to create a series of illustrations for Tolkien's books because he was so impressed by the riches of their philosophical interpretations. But the roots of Yaroslav Gerzhedovich's art don't just lie in popular culture as the artist also relates greatly to the philosophy of Martin Heidegger and Umberto Eco and enthusiastically studies the artistic heritage of Pieter Brueghel and Hieronymus Bosch. However, despite all these references, Gerzhedovich's works have their own inimitable style. Having chosen a mystical language of symbolism to express his vision, the artist inhabits the fantasy world of his works with magic heroes. His art is full of theatrical decorations, which gives it much in common with the works of the Baroque and Mannerism eras. The artist's works often depict mythological heroes of various peoples along with ghost-like, entirely fictional figures wearing costumes of bygone times. The dark and sometimes gloomy shades of Gerzhedovich's paintings intensify the mysticism of his depicted other worlds. 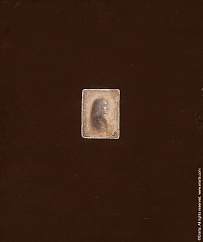