Alexei Aygi marked the anniversary of his own “Ensemble 4’33’’” with a concert in North capital of Erarta.

This summer, Alexei Aygi has been frequently performing in Saint Petersburg. As the conductor of the large project “Kurehin.NEXT”, he celebrated the sixty years of Sergei Kurehin, by bringing together onto one stage musicians from the “Pop Mechanics”, a large symphony orchestra, his own ensemble of famous jazz players and rock singers. Apart from that, Alexei and his musicians have also participated in the jazz festival “The Farmstead of Jazz” on Elagin Island and at the charity festival that fundraised for “Anton Is Nearby”.

However, the concert in Erarta was special. It finished its series of performances, with a dedication to the twenty-year anniversary of “Ensemble 4’3’’”. In the spring of 1994, the collection debuted at the Moscow International Festival of Modern Music “The Alternative”. The beginning of the ensemble sets out with the famous piece by minimalist John Cage, who forces the players to produce mere silence. For four minutes and 33 seconds, the musicians produce not a single sound from their instruments. All this silence marks the expression of modern music – like “Black Square” of Malevich that marked a new perspective about life. Alexei appropriately appeared on the stage of Erarta, wearing informal jeans and a white t-shirt with a black square on his chest.

But of course, music was still played in Erarta. There was a mix of compositions from various periods, premiered on this day. To the general public, Alexei Aygi is, first and foremost, famous for being the creator of the music in films and TV shows such as “Country of the Deaf”, “Kamensky“, and “Dostoevsky”. On the whole, the creations of this composer, conductor and violinist are considered to be unconventional and avant-garde. He virtuosically combines academic minimalism, instrumental theatre, film music, rock and jazz, creating his own system of musical coordinations.

In the midst of many spectators, having come to congratulate the group on the anniversary, were celebrities: actress, Irina Rahmanova, and directors, Dmitri Volkostrelov and Paul Semchenko.

The concert flew by in one breath for more than one and a half hours. This was intellectual, thoughtful, passionate and energetic music. But this, like Aygi on the violin, was special, almost like a shamanic childhood. The other musicians virtuosically accompanied the first violins. They demonstrated mastery, teamwork and a sense of humour. The audience enthusiastically called for an encore: they all wished that the music never ended. 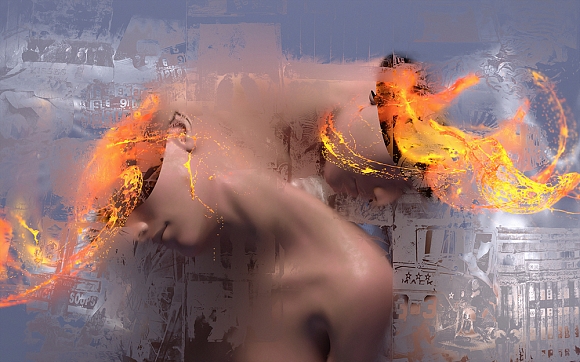 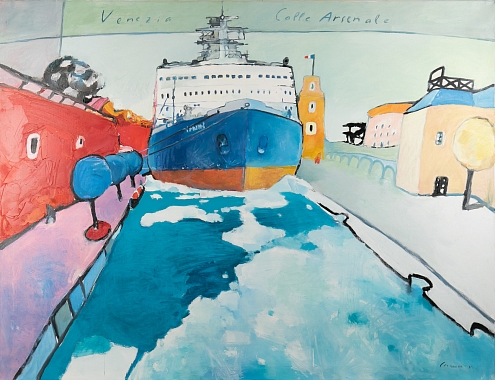