“The Earth and Heaven” is the first exhibition of contemporary secular art on Christian themes at Erarta.

The exhibition brought together the artists of the two capitals and provinces, both the old authors and friends of Erarta and some new artists. There are works of some legendary Saint Petersburg artists such as Elena Figurina, Valery Valran and Nikolay Sazhin and well-known artists from Moscow, for example, Irina Starzhenetskaya and Anatoly Komelin. As for the opening day, there was a special touching atmosphere at the exhibition thanks to the performance of the Smolny Cathedral Choir, which sang Christmas songs there.

Vladimir Nazansky, the curator of the exhibition, says that people have referred to the Christian themes in European art for centuries. These topics were main and central even when the times and styles changed. The prohibited art turned into the official art, and then it became forbidden again. Although contemporary art appeared as a denial of traditional values, people never lost interest in this subject. In our country it was revived in the underground nonconformist art.

The exhibition presents a work of Dmitry Shagin named “Walking on Water”, which was painted in the 1980s. It was impossible to exhibit this painting that time because of anti-religious propaganda. The second Shagin’s work selected for the exhibition is “Valaam”. This painting tells about the artist’s recent journey to these sacred places. Dmitry said that it was surprising for him to see red crosses on white walls there. In his opinion, it looked like it was a pharmacy. “When I was there I believed that a church is a place where people come to get help, as if they went to hospital to get a medicine. Christmas is a call for mercy when everyone expects a miracle. So that’s why this exhibition was organized at the right time”, — tells the artist.

Most of the art objects at the exhibition have biblical names: for example, “Prayer”, “Christmas”, “Entombment” and “Mary’s Meeting with Elizabeth”. There are two works of Valery Valran’s series “The Russian Gothic” which are located in the centre of the exhibition. While creating his works, the artist was inspired by icon painting images of the Old Testament prophets of the 15th century. He took those images and performed them in a new way using modern facilities.

The exhibition organizers believe that it is worth appealing to the Christian themes. It is as natural for people, as for example, thinking about life and death, good and evil and the possibility of immortality. They do not deny that the exhibition can become an annual Christmas tradition. 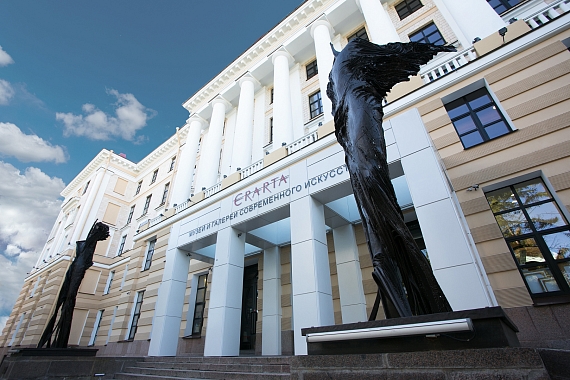 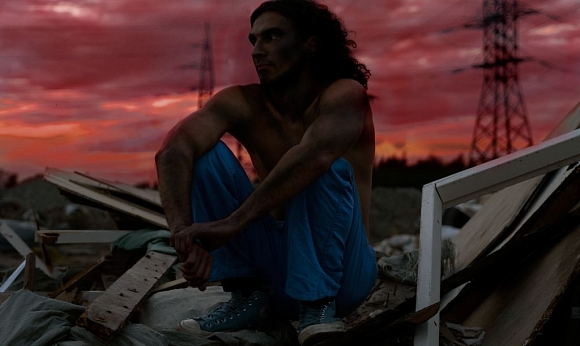