Narration through the image

Elizaveta Shagina, curator of Erarta exhibition projects, decided to find out how contemporary art can express itself in comics, and this was when a bright exhibition of "After the comics" started.

Elizaveta did a real research, considering that comics is not that popular in Russia, as it is in the West. The attitude is usually pretty skeptical, but a lot of artists still use its stylistic methods in their art. These ones were offered to speak on the subject.

The exhibition presents works by Jochen Gerner, a French artist, whose art is based on comics. There are also works by Yuri Alexandrov, a well-known illustrator, who used to combine American and European comics with the Soviet ABC pictures in the 70's. Among the participants there are also Georgy Ostretsov and Georgy Litichevsky from Moscow, Nikolai Kopeikin, Dmitry Shagin and Stas Kazimov from Petersburg and others.

For most artists comics is not only a story with a comic subtext. Georgy Litichevsky believes that comics is some kind of reality level that exists independently from any canons of perception and interpretation. Following the example of pop artists, Litichevsky decided to try a large scale, and presented a 21-meter long work for Erarta exhibition.

Stas Kazimov is mostly interested in the aesthetics of old American Art from the 1950–1960's, when comics were graphically artistic. But his own works relate to comics in terms of colours and symbols: Kazimov's paintings are always bright and full of signs. This time he decided to unite on one canvas two superheroes — American Superman and Russian roly-poly toy.

As the exhibition shows, comics have quite close relationships with the contemporary art, and the visual stylistics of comics is close to many artists. 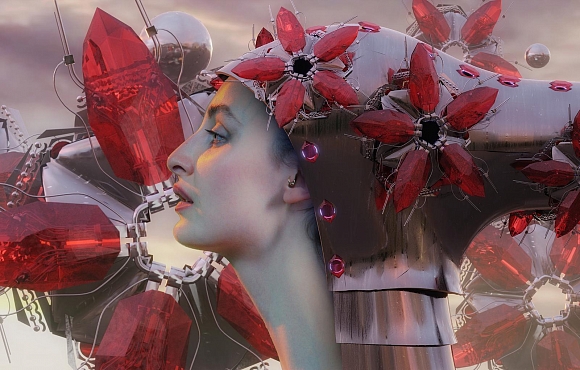