Because of the paucity of its populace, the microstate of the Violets was wholly located on a large, flat-topped hill, which had previously been within the Kingdom of the Blues. This territory had been given to the Violets at the time they split off as an independent state, and it was called the Violetican after the name of the hill on which it was now located (*83). The Violetican was in every sense an extraordinary state. To overcome their size complex, the Violets had decided to make the basis of their statehood not affiliation to their sovereign territory — which was less than nothing — but unity of faith. They declared all inhabitants of the Valley of Colours prepared to believe in miracles, mysticism and magic to be Violets, irrespective of their citizenship and place of residence, and the Violetican to be the spiritual centre for them all. To unify the coreligionists it was suggested to every person considering themselves Violet that they add to their secular given name a prefix ‘Vio’, so it could serve as an abbreviation, while an identical spiritual surname ‘Let’ was given to all Violets. Thus, in the passports issued by the Violetican to all who considered themselves Violets, in the box ‘Given name and surname’, where it was recommended that an abbreviated given name be entered, it would always say ‘Vio Let’.

The system of local government was also markedly original. There were two parallel branches of authority in the country: the spiritual and the executive. The spiritual authority invigorated the spirit, while the executive was meant to execute the routine. Legislative authority was entirely absent from the country: the Violets saw no need for it, since they considered laws to be descended directly from God above and to exist objectively in nature, and so to require discovery and study, and not invention, in the way they are invented by legislative organs in other countries.

This country had no army either. The only armed men in the Violetican were the White Guards (*85), and even they were specially commissioned from the White Quarries to emphasise the neutrality of the Violetican and the senselessness of any attempt to draw it into armed conflict. Owing to their small number, the White Guards could not have repelled any remotely serious attack, and the Violetican needed them for the same reason that Queen Indigo needed her royal guardsmen, namely, to perform the charming ceremony of the Changing of the Guard for the entertainment of the visiting public.

At the head of the Violetican’s spiritual authority stood its Papa. The very name ‘Papa’, assigned to the highest rank, reflected the spirit of attachment to family life on which the Violetican was based: everyone here called everyone else Brothers and Sisters, and the principle ‘The Brother of my Brother is my Brother’ (*86) was in operation. All the inhabitants of the Violetican were considered the spiritual children of their Papa. That’s why his title was ‘Papa’, rather than ‘the Papa’, because the Violets wanted to refer to him as children do to their loving father, rather than as citizens do to an elected official. Papa was elected in a nationwide referendum: the whole country would gather on the square in front of Papa’s palace and vote without ballots of any kind, by a simple show of hands. Once elected by the people, Papa remained in office until the end of his days, and so, to avoid the problems that are highly likely to arise in the event of the excessively lengthy presence of a single person at the summit of power, Papa was always chosen from those of an extremely advanced age, so that nature could set the time limits of his rule in the natural way.

Papa was not always a native of the Violetican; sometimes a resident of another of the Valley of Colours’ countries was elected Papa, after which he was required to give up his first citizenship, move into Papa’s residence in the Violetican and wear purely white clothes, emphasising not only the purity of his intentions, but also his simultaneous affiliation to all the colours. For the Violets, the election of a new Papa was the greatest of festive days, for which Brothers and Sisters of all countries came together.

To mark the festivities, the embankment of the Plum River was carpeted with fragrant lavender, violet smoke was emitted from the main fireplace of Papa’s residence, so that it hung over the city in a V-shape (*87), and there was a ceremonial procession of coreligionists, robed in purple capes, with wreaths of lilac on their heads. In conclusion, newly-elected Papa would address his people and bless them from the balcony of Papa’s palace, looking out over the one and only square of the Violetican. The main part of the ceremony of ordination was the so-called ‘apoVIOsis’ (*88) — the performance of a miracle by newly-elected Papa. There was a whole range of possible miracles, but there were two instances that went down in the history of the Violetican as the most amazing: on one occasion a meteorite fell right on top of Papa who had just been elected (*89), and so the next Papa had to be elected straight away; and on another occasion Papa miraculously turned out to be a woman (*89), putting everyone in an extremely tricky position, with the choice of either calling newly-elected ‘Papa’ ‘Mama’ or continuing to call her ‘Papa’. With a view to maintaining tradition, the latter alternative was chosen, but after this incident, so as not to be left with egg on their faces in future, an official ban was introduced in the Violetican on any person of female gender holding the office of Papa, and before the election of another Papa all the contenders were thoroughly vetted (*89). 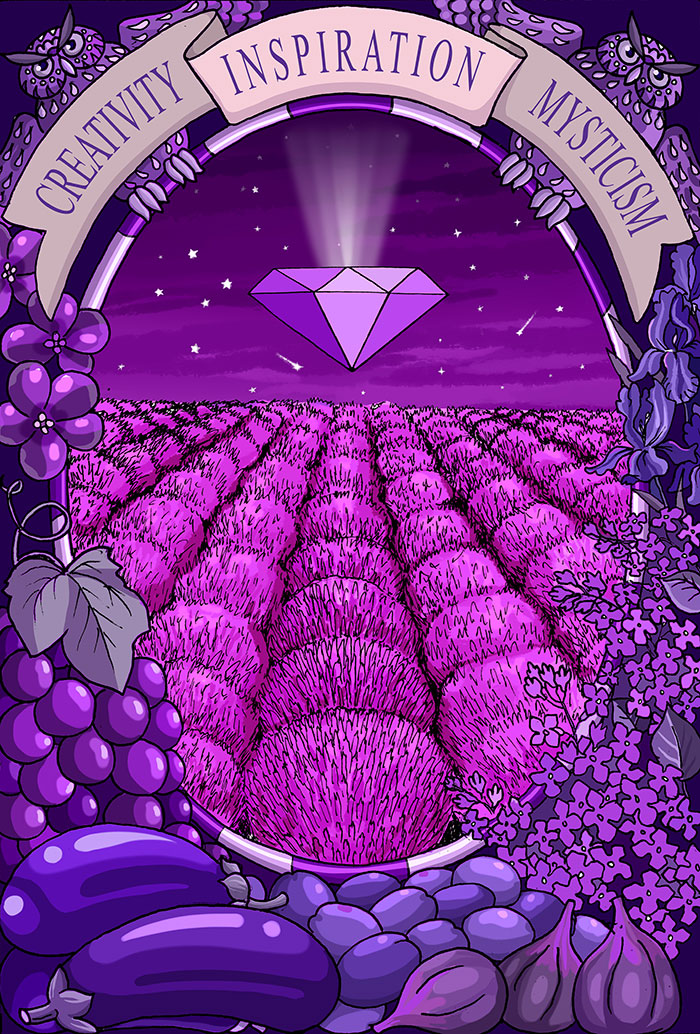 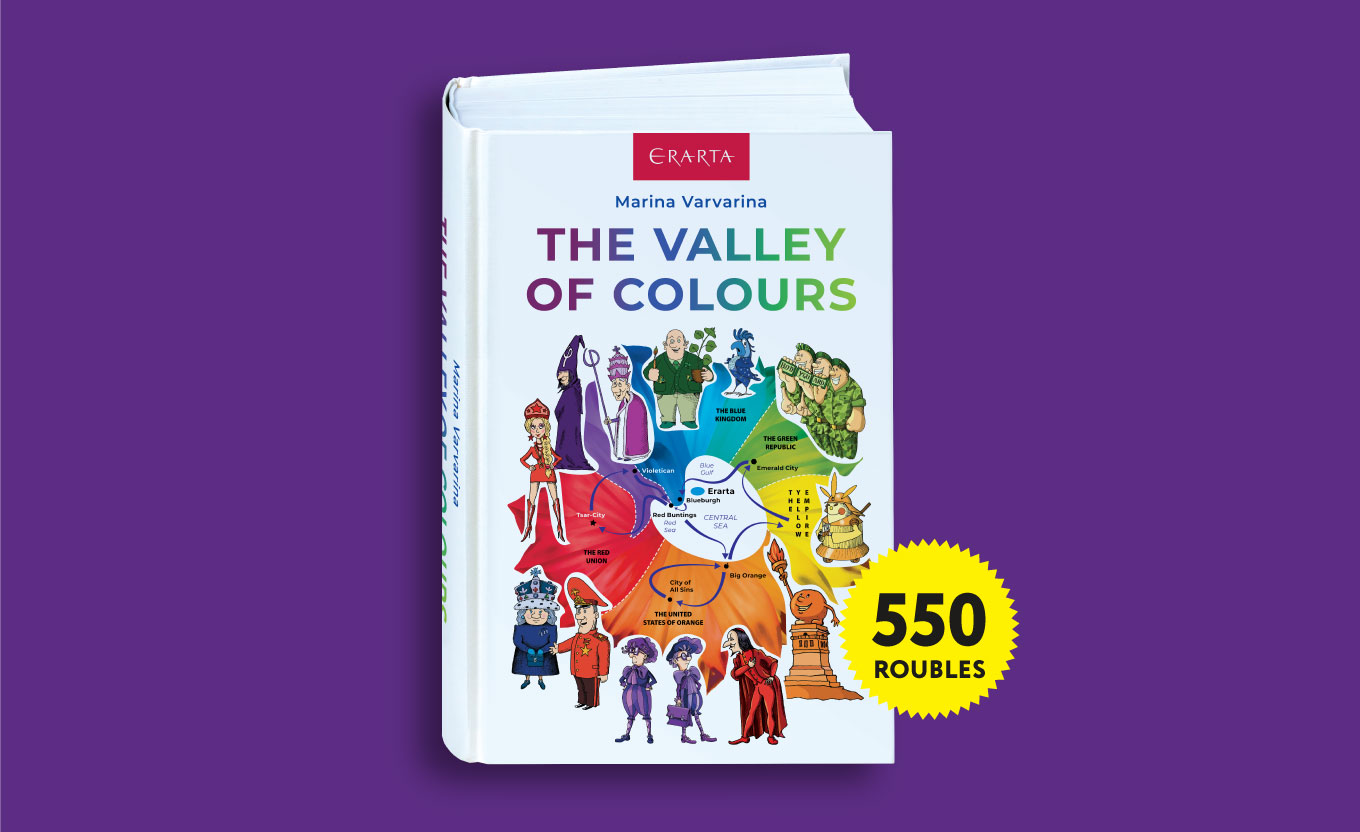