On the threshold appeared a short, sturdy figure in a military uniform and trousers adorned with two broad red stripes (*56); the severity of the newcomer’s costume contrasted with his kind smile and the impassive gaze of his limpid eyes. This was General Vermilion in person.

‘How on earth?..’ the astonished Princess exclaimed, turning her gaze from the live General Vermilion to the same man on the platform on the television. ‘So is it a recording of the parade they’re showing?’

‘No, it’s a live broadcast,’ the General replied. ‘It’s my double there. I always send my doubles to any event where there’s no need to make a speech. It’s really interesting, you know, to look at what’s happening to you from a distance – it makes it easier to spot who’s genuinely devoted to you and who’s just pretending.’

Prince Aquamarine decided he should definitely discuss the subject of doubles with his Intelligence Services, while it occurred to the genie that he was clearly not the only illusionist present.

‘Look, my favourite bit is just about to begin,’ said General Vermilion, jabbing a finger in the direction of the screen.

Everyone stared at the television once again. A long line of children in uniform, wearing scarlet ties on their slender necks and carrying red carnations, climbed onto the platform. They formed up in a row in front of the General (the one inspecting the parade on the television), and their red forage caps reproduced the outline of the merlons on the kremlin wall behind their backs. With a rehearsed movement the children simultaneously saluted the General, handed him the carnations and rushed with unfeigned enthusiasm to embrace their national leader, clinging to him in a touching throng.

‘Pioneers (*57),’ said the General (the one with the Blues in the waiting room) with tender warmth in his voice. ‘They aren’t two-faced – that’s something they haven’t learnt yet.’

‘It’s so nice that you like children, General,’ said the Princess, touched.

‘Why yes, especially for breakfast,’ said the General, mimicking her sweet tone, and watching her eyes popping out of their sockets, he gave a loud chuckle. ‘I’ve been told the Blues don’t understand jokes, but not to that extent!’

The Princess felt awkward about having thought so ill of the General and his having been able to conclude that she had no sense of humour, and she hastened to change the topic of conversation.

‘How often do you have military parades?’ she enquired politely.

‘Every red day of the calendar (*58),’ the General replied, ‘and the whole week before is rehearsing. It’s a ritual, and it’s essential to maintain it to fortify the spirit of the population: it’s essential for the Reds to constantly feel themselves encircled by the enemy, otherwise they start thinking about their own insignificance.’ Seeing the unspoken question in Prince Ultramarine’s eyes, he explained: ‘If you’re loved, that doesn’t in itself mean you amount to anything, but if you’re hated, that testifies to your significance. The more enemies you have, the greater you are.’

The General’s logic nonplussed the Blues, but at that point he invited everyone to go through into the office next door.

The General’s office was just as ascetic as his waiting room: a massive desk with a red calico cloth and five ‘blind’ telephones with no buttons, a few plain chairs along the wall by the door, some maps on the walls, and short, heavy curtains at the barred windows. The bleak setting was enlivened by an ornate cage with a massive crown on top and a double-headed eagle inside. At the sight of the people coming in, the double-headed eagle began flapping its wings noisily, and Goga sank into a faint at the spectacle, so that the genie, as a matter of urgency, had to carry his friend back into the waiting room.

‘Is that a mutant?’ the Princess asked the General, indicating the eagle.

‘That is our national emblem,’ the General replied, opening a desk drawer and throwing a piece of raw meat into the cage.

The eagle grabbed the meat with both sets of claws, and its heads began a fierce tussle with one another over the spoils. After observing this rather horrible spectacle cold-bloodedly for a couple of minutes, the General tossed a second piece of meat into the cage, upon which the heads immediately settled down and busied themselves, each one with its own piece.

‘A clear lesson for proponents of democracy,’ General Vermilion stated with satisfaction. ‘I show it to everyone who thinks two heads are better than one. The conclusion suggests itself automatically: democracy can exist only when people are well fed. Collective decision-making’s impossible on an empty stomach: everyone will simply start pecking one another. That’s when a monarch is required.’

‘But the eagle has only one stomach,’ remarked Prince Aquamarine. ‘In that sense it ought to be all the same to its heads which of them gets the meat.’

‘An empty stomach turns off the brain and turns on instinct, and instinct makes you fight everyone for your place under the sun without analysis,’ the General replied.

‘Does one perhaps simply need to build a life where everyone is well fed?’ asked the Princess.

‘But why?’ asked the General. ‘Being full relaxes you and robs you of ambition. A nation lives only until it has fulfilled its historic mission. Full people have no motivation to make any breakthrough, and so after every civilisation’s heyday, a fall has awaited it. In order to hold out at our peak for longer, we search for new forms of heyday for the nation, ones which don’t envisage the happiness of individual citizens.’

‘And how do your citizens respond to your ideas?’ asked a puzzled Prince Aquamarine.

‘Enthusiastically,’ replied the General. ‘The Reds don’t prize life, neither their own, nor anyone else’s, but they are very fond of profound ideas.’ 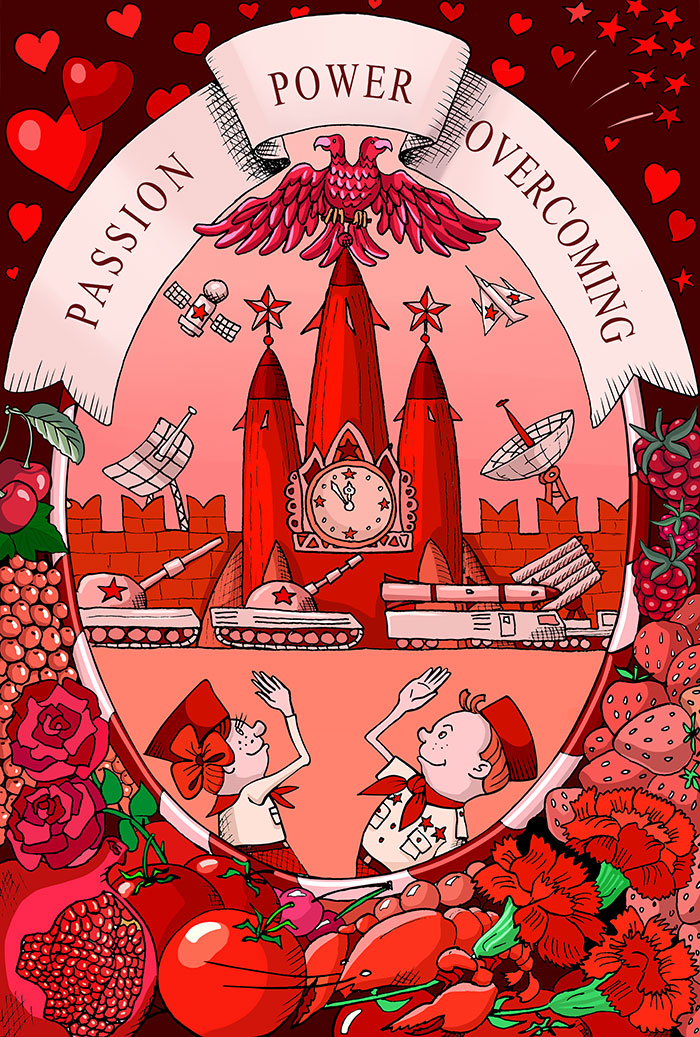 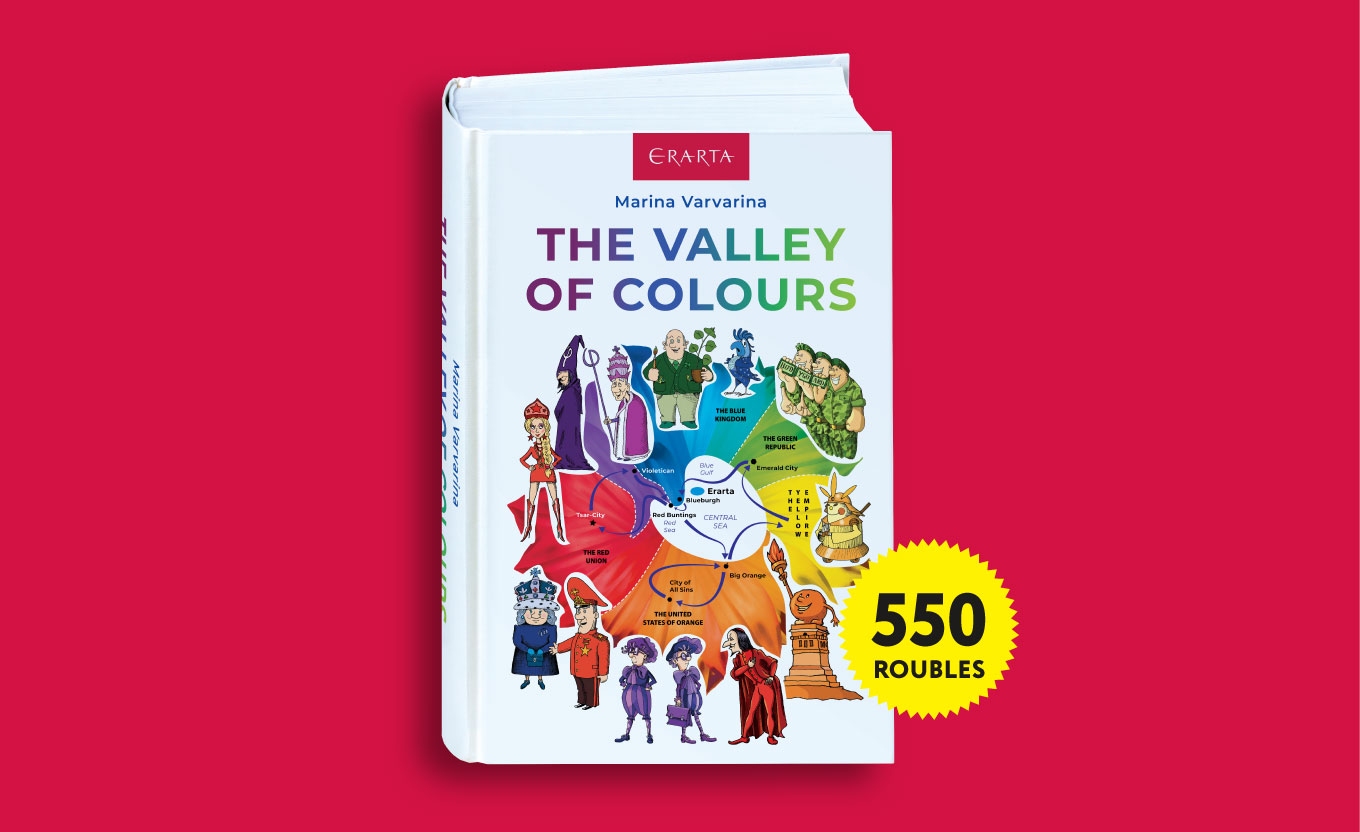