… A table in the middle of the room was instantly cleared for the Blues, and while everyone was being served with fresh Guinness to an approving buzz from the whole gathering, they had the opportunity to look around. Unlike those of the Blues’, the Greens’ pubs proved to be literally places for the general public: besides the contingent customary for the Blues’ pubs — people who liked having a drink and watching the football on TV — here there were students hooked up to the Wi-Fi, couples on dates, young mothers with their children, solitary customers and diverse groups of whom it was hard to say what, if anything, they had in common.

When a pint of Guinness (*209) was put onto the table in front of the Princess, she became rattled:

‘Hey, don’t go looking for trouble!’ the barman cut the cackler short. ‘Can’t you see the young lady’s confused?!’ And to the Princess he said encouragingly: ‘Pay no attention to O’Fender — it’s just his nature, he’s simply a bonehead. Drink what you think you should. I recommend our trademark Green coffee (*211): Green Label whiskey and coffee with cream and sugar — both strong and sweet.’

‘The perfect drink for a seemly, and thus single, blue-stocking,’ O’Fender cackled once again.

The Princess wanted to reply that she didn’t drink anything at all, apart from tea, but at that point the genie rose to his full height and sent out an appeal:

‘Well, my good lads, what are we going to drink to?’ And he himself proposed: ‘To make a start, let’s drink to literature!’

‘What’s he on about?’ Prince Ultramarine asked his brother quietly. ‘Why literature?’

‘It’s a very important topic for the Greens,’ Prince Aquamarine answered him just as quietly. ‘They’re the best-read nation in the world and runaway leaders in Nobel laureates in literature per capita of population. So literature is a subject not only of interest to them, but also of national pride.’

In actual fact, the genie knew none of this and had raised the toast simply because into the pub at that moment had come their acquaintances, the friends and writers O’This and O’That. They upheld the toast to literature with enthusiasm, after which it seemed to them logical to turn to poetry. Having declared that every Green was something of a poet in his soul, the friends and writers took it in turn to recite poetry. The poems were outlandish: they consisted of five lines; in the first long line a character was named together with his location; in the second long line the essence of an event was disclosed; after this there came two short lines, developing the subject in an unexpected direction; and in the final long line everything ended in nothing, and without fail in the same words used at the beginning. O’This was the first to perform:

‘A confectioner living in Ouley

Spent his mornings in deep melancholy,

He would lock himself up

With shoe polish to sup,

‘They’re limericks!’ cried Princess Azure in delight. ‘When I was small, I had a whole book of limericks and I adored them.’

‘How could Queen Indigo have permitted her daughter to be brought up reading nonsense?’ the genie remarked impishly.

‘You don’t understand a thing,’ the Princess defended herself. ‘The literature of the absurd develops both the imagination and a sense of humour. We ourselves have Edward Lear and Lewis Carroll. Mother says that paradoxical thinking improves one’s capacity to size up out-of-the-ordinary situations.’

The genie, who had set his heart on having fun, did not relish the prospect of getting into an intellectual labyrinth, and he became noticeably sombre, but at this point the Blues were invited to take the baton and recite their own limericks.

‘Well, this is right up your street,’ said Prince Aquamarine to his sister.

Without waiting to be asked twice, the Princess stood up and loudly declaimed:

‘Once a hunter forsook Serengeti,

To engage in a search for the yeti,

But the season was done,

And the snow was all gone,

And long gone with the snow was the yeti.’

Waking up to hear the Princess’ concluding lines, a tipsy individual sitting to the right of a table lifted his head and asked anxiously:

‘Betty’s gone,’ another tipsy individual to the left said, presumably recalling something personal. ‘And so’s the spaghetti’ he added, glancing at his empty plate. ‘Everything’s gone.’

‘Oh dear!’ said the tipsy individual on the right, and they both dropped their heads onto the table with a bang.

‘Who said O’Dear?’ replied a voice from the depths of the bar. ‘What, is it time for the desserts?’

A head was poked out cautiously from a door at the rear, and the Blues recognised the fearful confectioner who had been a participant in the recent Green Peace protest: it turned out that O’Dear worked in ‘The Shy Horse’, but here, too, he was afraid of everything, even of poking his nose out of his own kitchen. However, despite the fact that the confectioner’s heart was forever in his boots, his hands proved to be in the right place: all of his desserts were superb. Particularly successful that day were the kiwi gateau, the green gooseberry jam, the lime cheesecake and the green tea soufflé. The pub’s regulars were served the desserts, like every other dish, with Guinness — they looked to be unused to other drinks — but for his Blue friends O’Dear made tea. 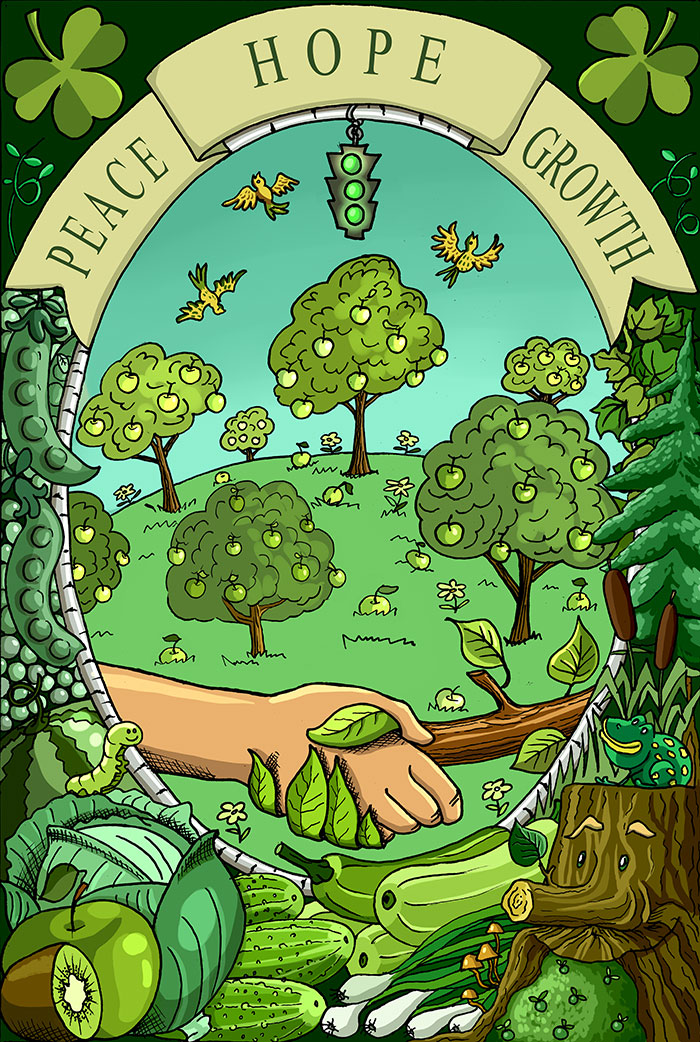 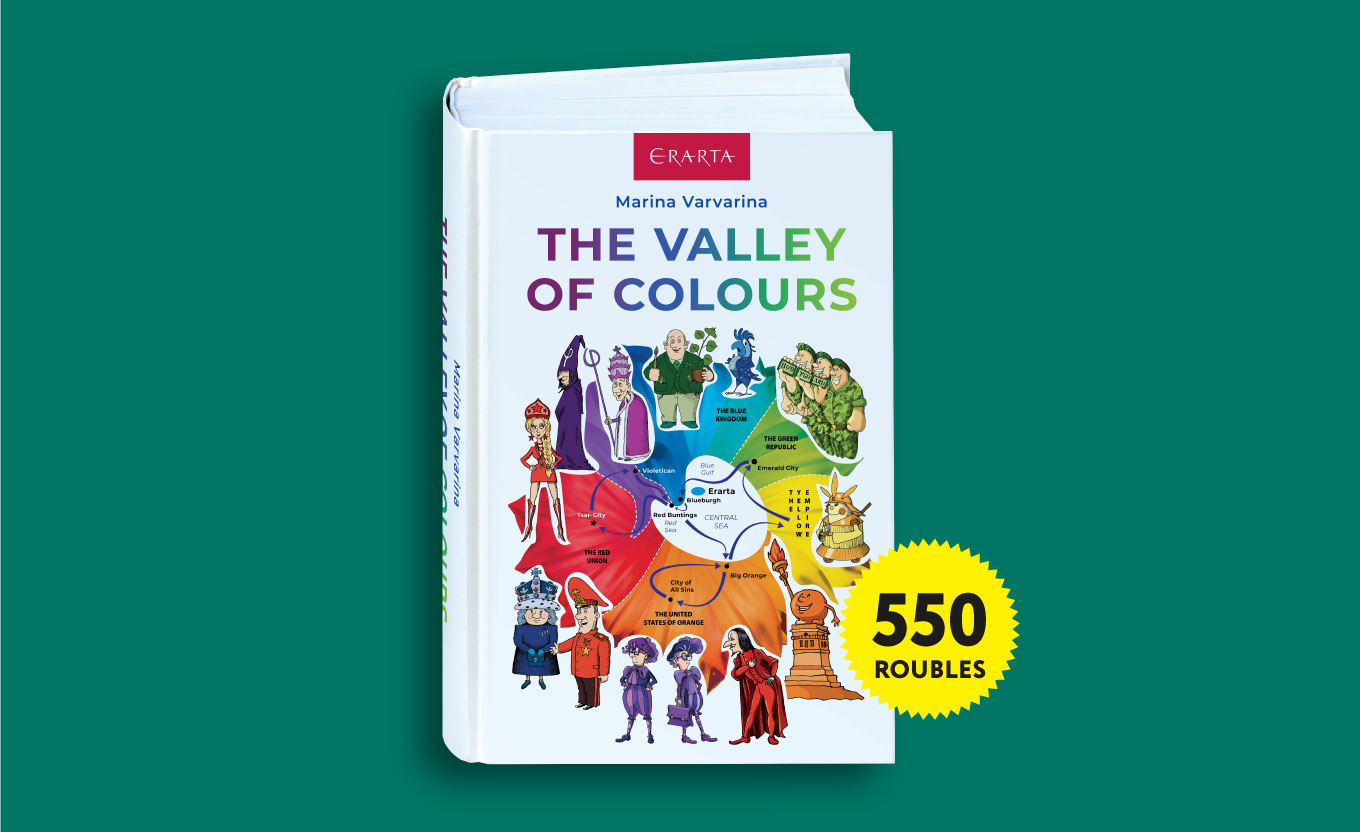