Introduction
back
I want to read the book

Within the ring of the White Mountains there lay the immense expanse of the Valley of Colours, and in the middle of it was a gigantic depression, filled by the waters of the Central Sea. A long time ago, the White Mountains and the Central Sea were neutral territory, while the valley was divided between three tribes: in the north lived the Blues, in the west the Reds, and in the east the Yellows — and these three tribes subsequently came to be called the Primary Colours. They lived apart from one another, each observing a taboo on mixing with representatives of the other tribes: after all, the mixing of colours led to the loss of purity. However, in the White Mountains their paths would cross: situated there were the White Quarries, where all the colours without exception mined white pigment, salt and sugar for themselves. They could have managed without the salt and sugar, but the white pigment was needed by all the colours without exception to maintain their brightness and not grow dull, and so that they could provide themselves with light tones as well. There too, in the White Mountains, the neighbouring tribes would meet in the Christmas holidays, skiing on the snow-covered slopes. And, naturally, there was interaction between them in spite of the taboo.

Gradually, in the families of the Primary Colours there began to appear half-breed children: the Blues and Yellows had Greens, the Yellows and Reds had Oranges, the Reds and Blues had Violets. Elders sounded the alarm: ancient predictions said that the unbridled mixing of all the colours would result in the ‘Brown Doomsday’ and the ‘End of Colour’ (1), as there would be no colours left in the world but brown. To avoid the apocalypse it was decided to segregate mixed families and move the Secondary Colours, as the Greens, Oranges and Violets began to be called, to territories specially allotted to them, as well as to divide the White Mountains region between all six colours, thus eliminating the neutral zone. When the realisation of this plan was complete, the strictest obligation was laid on all the colours to observe their territorial boundaries and the taboo on mixing with other colours, while all half-breed children were forcibly banished in the cruellest manner to a special reservation, set up in an inaccessible part of the White Mountains.

Time passed, and in place of the ancestral tribes there came civilised states, each of which had its own life and remained isolated. The Primary Colours were traditionally called ‘the Old Colour’ (1), the Secondary Colours — ‘the New Colour’ (1), and the policy of isolation in the Valley of Colours did not change: mixed families remained outside the law. Who knows how long this unnatural regime might have continued, had one minor event not altered the whole subsequent course of history. 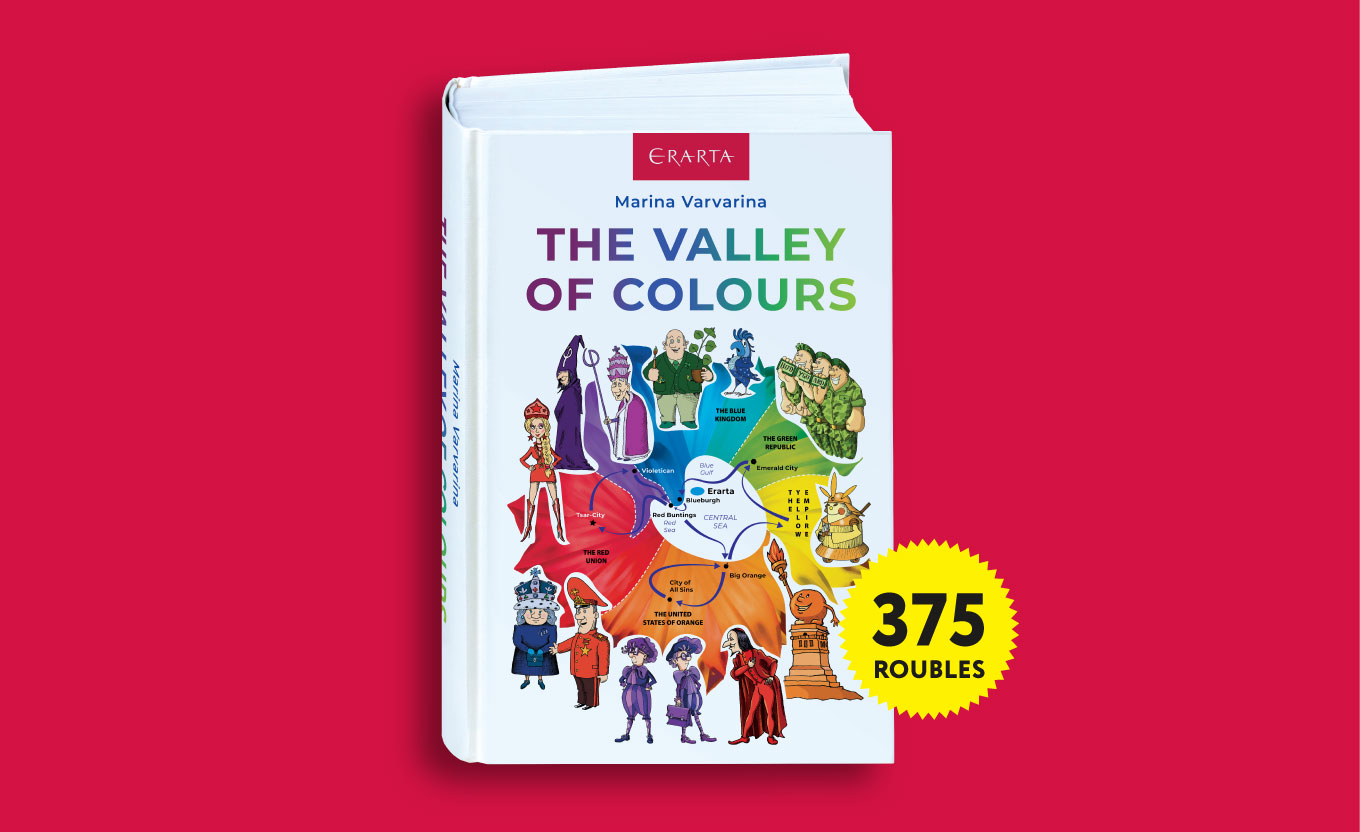